Fredrik Henrik af Chapman has probably had a greater influence on Swedish shipbuilding and naval architecture than any other individual.

Chapman was born in 1721 at Nya varvet (the New Shipyard) in Gothenburg and died in 1808 at Karlskrona, and his whole life was dominated by ships and shipbuilding.

He pursued his career at shipyards both in Sweden and abroad, studying mathematics and physics in Sweden and England. Posterity remembers him primarily for his work on the Swedish naval fleet and his theoretical work, but he also practised at civilian yards such as Bångs varv in Gothenburg and Djurgårdsvarvet in Stockholm.

Chapman was involved in the development of Sveaborg, the fortified naval base off Helsinki. He devised several new types of vessel, specifically designed for operation in the archipelagos off the Swedish and Finnish coasts. At the age of 60, he was appointed head of the Swedish naval dockyard at Karlskrona, where he not only took charge of vessel design, but also restructured the entire shipbuilding process. As a result, in the space of only three years, the yard was able to deliver 20 new vessels - 10 ships of the line and 10 frigates.

Chapman's great interest in the theoretical aspects of naval architecture and his desire to transform shipbuilding from a trade into a science led him to produce a large number of treatises and other publications, of which the best known internationally is Architectura Navalis Mercatoria, the work presented here.

In 1765, Chapman took leave of absence from his work as chief naval architect for the Archipelago Fleet based at Sveaborg (off Helsinki) to devote himself for two years to Architectura Navalis Mercatoria, a volume of drawings which, in Chapman's view, exemplified the best and most interesting vessels of the time. The work was published in 1768. Several original copies of the book are in the museum's possession, together with the copper plates originally used to print the illustrations.

The book contains 62 copper engravings depicting vessels and craft from both Sweden and abroad. Some were designed by Chapman himself, but many of them were vessels or types which he had encountered on his travels, or seen around him, and which had attracted his interest. The book covers everything from warships to cargo boats and small fishing craft.

From the very beginning, the publication was intended for an international audience, and the table of contents accompanying the work was available in Swedish, French and English. The scale of each drawing was also shown in Swedish, French and British feet. During the 20th century, new impressions or facsimile editions have been published in Sweden, Britain, Germany and France. Nevertheless, the book remains rare, and anyone wanting to read it may have difficulty in getting to a library which owns a copy. We therefore have particular pleasure in making the book's contents freely available here.

The illustrated part of the book was intended to be followed immediately by a descriptive and explanatory text, but for various reasons there was a delay of seven years before the text was published. When it did appear, it was as one of the chapters in a book entitled "Tractat om Skeppsbyggeriet". 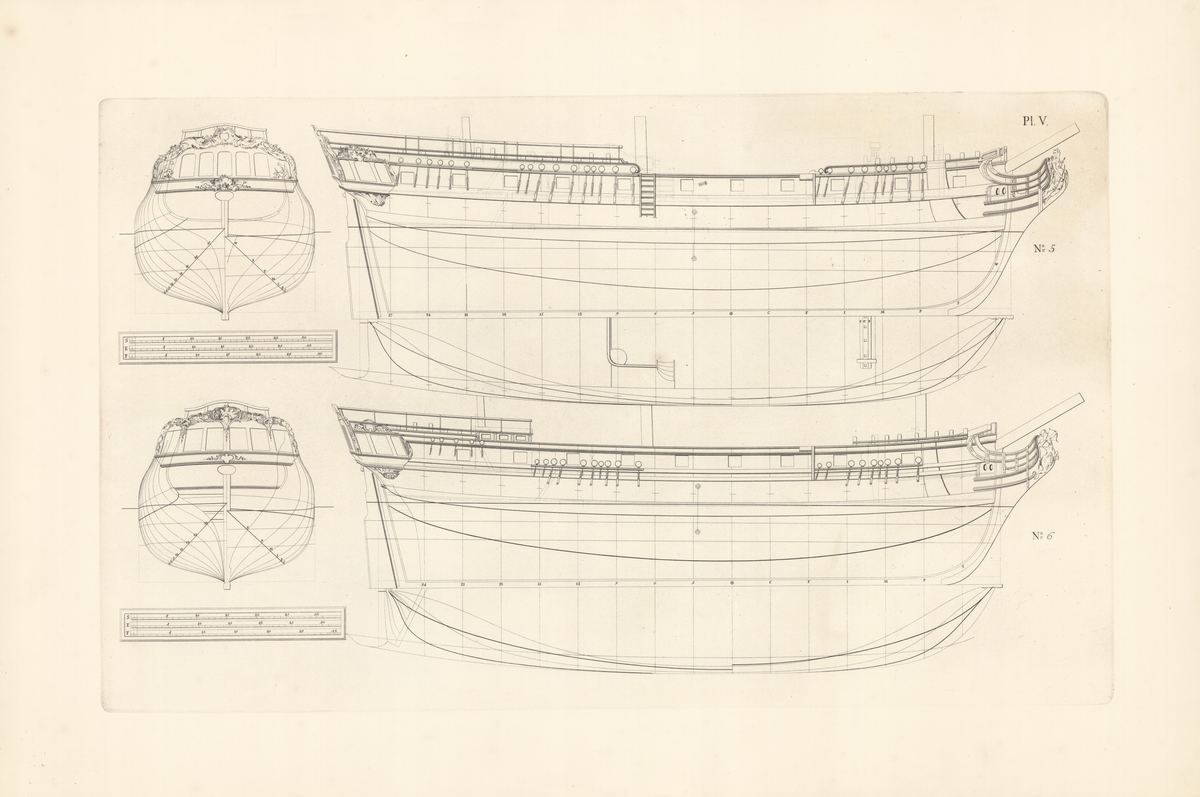